Career Advice from the UK's Most Influential Professional Women

This is the first in my career advice series, where I ask some of the UK’s most influential CEOs and business professionals for their most valued  pieces of career advice. The three participants in this post are amongst the most influential women in the UK.  Whether you’re a fresh graduate or experienced professional, here you will discover a fascinating insight into the mindset which has helped them to achieve so much success.

One of sports’ highly influential people, over the last 30 years Baroness Sue has dedicated her life to grass-roots sports development. She is the current Chair of Youth Sports as well as the former Chair of UK Sports. Her strategic role and leadership was a key part of Team GB’s record medal haul in the London 2012 Paralympics.

“Be courageous enough to be yourself”

Whether it be in your workplace, a networking event or engaging with clients. We’ve all experienced the pressures of trying to ‘fit in’ or acting in a way which is considered acceptable by our peers. I refer to it as ‘Personality Photoshopping’. Filtering out our quirks, idiosyncrasies and inner values to feel accepted. However the question is, is it worth sacrificing what’s innately you, to become a corporate clone and be accepted? The obvious answer is of course ‘No’.  It is, however easier said than done, because the fear of negative repercussions looms close: becoming an outsider, upsetting your colleagues by disagreeing with them, showing compassion in an environment where it maybe perceived as a sign of weakness or suffering the wrath of your boss because you pulled the plug on a deal as it wasn’t right for the customer.

Some or all of these may come true, but they will be short lived, and consequentially can bring long term benefits as a study conducted by Cable, Gino & Staats at Harvard Business School has shown. For example: your colleagues are more likely to respect you for being true to yourself, it will help build stronger relationships with others, and by not putting any stumping restrictions on yourself, the ‘real you’ will be able to grow and develop, to fulfil your true potential.

During her time at Thomas Cook (one of the UK’s biggest travel companies), Harriet successfully turned around the plight of the business during a very difficult period. At IBM Harriet champions how to holistically harness the power of data. Large scale data-driven decision making was once seen as a product of the future but it’s here now, so watch this space! 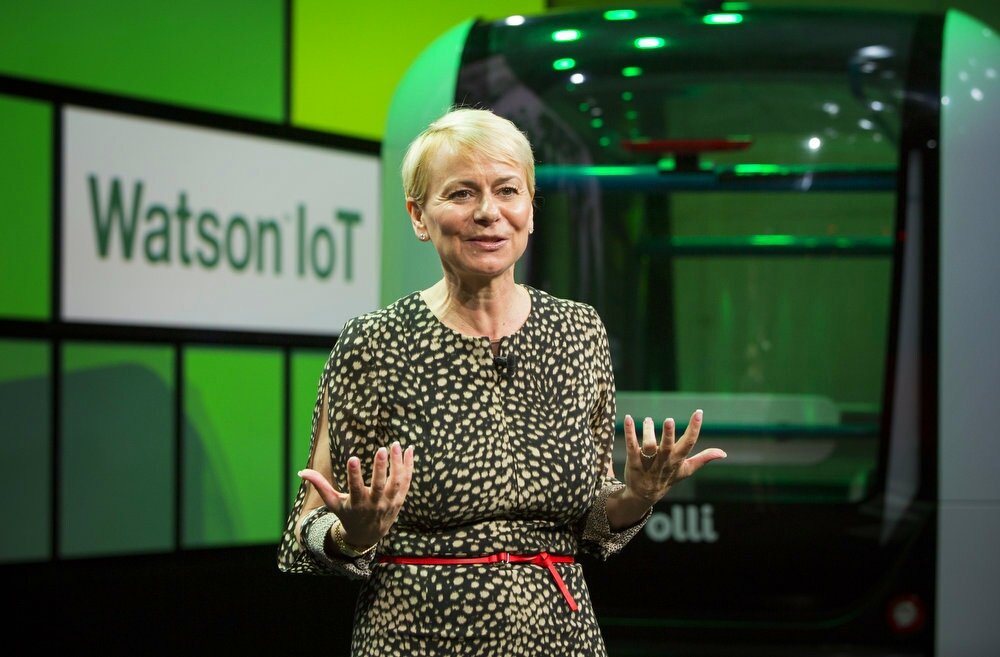 We are emotional beings and that ability to experience such a diverse range of emotions from love to fear, hope to jealousy makes us human. Our memories are directly linked to our emotions, studies have shown that the more intense the emotional experience the more memorable it will be, whether it’s good or bad. So try connecting with others on an emotional level and aim to generate positive emotion in every engagement (confidence, trust, belief, pride, being valued, appreciated, laughter). What you’ll find is that not only will the experience make you feel good, but also those whom you’ve interacted with will associate these positive emotions with you. Being  able to generate those ‘feel good’ emotions along with your words and actions will give them far more impact and resonance.

One of only five female FTSE 100 CEOs. Carolyn had previously worked in the media (CEO of Guardian Media Group 2006- 2010), retail and banking industries. Despite having no prior experience in an operational heavy industry like commercial air travel,  during her time at EasyJet (2010 -2017) profits have soared, increasing by well over 250% (£429m in 2016). Taking EasyJet from a business in operational difficulty to a well oiled machine with exceptional customer service, setting a successful blue print for short haul airliners across Europe. It’s a true testament to her vision, adaptability and leadership.


“Remember that things don’t always go your way, so it is important to stay grounded and not allow set-backs to knock your confidence long term. Remember what you have done well, learn and move forward.”

We all suffer from set backs at some stage in our career. It could be an unsuccessful job interview or a business change you’re leading which keeps hitting a brick wall. In these situations we all tend to look inwardly to try to understand why things aren’t going the way we’d hoped but while reflecting don’t let the situation lessen your self-worth and self-belief. A study carried out by Kang et al (2015) showed that self affirmation actually boosts workplace performance particularly in high pressure situations. So remember, you’re still just as fantastic as before, nothing has changed! Realise that your career has had more successes than failures. Look back on your successes as a source of confidence. Whatever experiences you go through in your career whether it’s positive or negative, there is always something to learn. Internalise it and apply it. Studies have shown that this is key in furthering your own personal and professional growth.

About the Author: Farhan Raja (@interviewology) is the founder of Jobinterviewology.com with over 10 years combined experienced within the recruitment industry and as a career coach.