Bouncing back from interview rejection - Overcoming the job interview blues

Job interview rejection- It’s an experience that we’ve all been through. The phone rings, it’s a call from your recruiter! You take a deep breath as you accept the call, your emotions fluctuate between hope of a new future and the fear of it being taken away. As you conclude the usual telephone small talk your heart beats faster and faster, anxious to hear the outcome….and then the dreaded words come like a slow motion sequence from a Jerry Bruckheimer movie “I’m sorry, but I’m afraid you didn’t get the job”. All the possibilities you’d dreamt of, shattered in a single sentence. Like a brick landing on a glass table.

For some handling interview rejection is like water off the ducks back, for others it causes them to reassessing their whole being and self worth. The latter can lead to what I refer to as the interview blues. Where the effects of previous interview rejection start negatively impacting your future interviews.  Symptoms include  increased pre interview anxiety, mid interview panic  and self doubt,  to a loss of confidence and self belief –   Thoughts such as “I suppose I’m not as good as I thought I was” become a frequent mantra.

As an experienced interview coach I can tell you one thing for certain if your interview blues aren’t managed it can result in a vicious spiral which can destroy both your ambition and career prospects.  So if you’re suffering from a bout of interview blues or feel that you could fall in to its trap, I’ve put together 3 ways to minimise its impact on your interview confidence and self worth.

If you look at any successful person, in any sphere of life they never lose sight of the bigger picture. It’s a little known fact but both Henry Ford and Walt Disney whose business empires are now worth billions initially went bankrupt (in Henry Ford’s case twice!). Another example is of someone I know very well, who’s currently earning a 6 figure income, struggled for over a year and a half before finally breaking in to his career of choice.

What’s common in all of them was that despite the setbacks they never wavered from their long term goal. In the same way the job offer isn’t your end goal it’s just part of your career journey. Think about when you were learning to ride a bike, there were many falls, cut’s and grazes, maybe even a  few tears, but you kept getting back on that bike. Why? Because you had dreamt of riding your bike and going on adventures with your friends or older siblings. If you started to doubt yourself the first time you fell , you’d never have learnt and experienced it’s joys!

So remember failure is a fundamental part of one’s journey to success! So don’t fear it, and when it comes pick yourself up, dust yourself down and keep moving forward, because eventually you will succeed.

Focus on You and not the Interviewer

Interview decision making are always subjective. Every hiring manager has a slightly different preference in what they prefer. Some might like you more others less so. It’s important to acknowledge that up to a certain point it’s out of your control. Therefore it’s better to spend your time and energy focusing on thing which you have control over. Such as your preparation, exuding  positive body language and delivering your answers with confidence. Rather than of wasting your precious emotional energy on a fruitless endeavour.

It’s also important to keep in mind that trying too hard to please can actually has the opposite effect. Interviewer will perceive it as fake or insincere. Again more of a reason to focus your energy on you!

A rejection of any kind especially if it’s important to you, can lead to a moment of self reflection and analysis. This off course is an vital process as it helps us to learn, grow and improve. However being too hard on yourself and forensically picking apart every moment like an episode of CSI will lead to confusion and a loss of self worth.  Therefore analyse your interview performance as if it were someone else’s. This will help you stay objective and will give you a sense of perspective. Secondly it’s important to keep your analysis focused on following key areas.

By keeping a sense of perspective and focus in your analysis will ensure that you actually learn and improve so that you’re better prepared for your next interview.

Want you improve your interview skills and career prospects? Why sign up to a free interview coaching consultation. 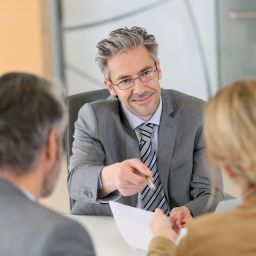